Vietnam Ministry of Agriculture and Rural Development’s Letter No. 2827  BNN-BVTV dated April 24, 2019 Official announcement about Corn Fall Armyworm (FAW)  (Spodoptera Frugiperda) has appeared in Vietnam and directing on the prevention of this Invasive pest.

Implementing the direction of MARD, PPD has organized 01 TOT on Sustainable Management of FAW (on April 23-25, 2019) for the staff of Crop production and Plant protection Sub Department of 25 Northern provinces, and will conduct 2 more TOTs for the south (1 TOT), and Central region (01 TOT)

> Practice in the field about identification of FAW, observe the predators, larvae infected by fungus, virus, and collection of different  FAW stages to know natural parasitism.

However there was no time for TOT participants to prepare for the FFS curricular and farmer’s experiments.

> At the end, TOT participants have developed a province’s action plan on sustainable management of FAW. 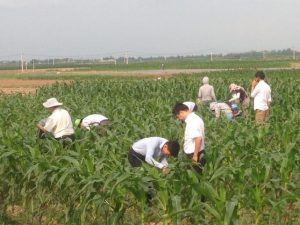 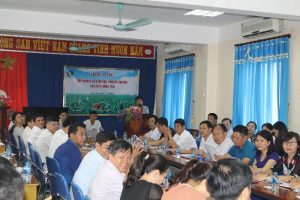 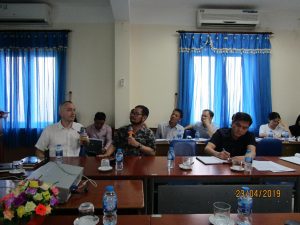